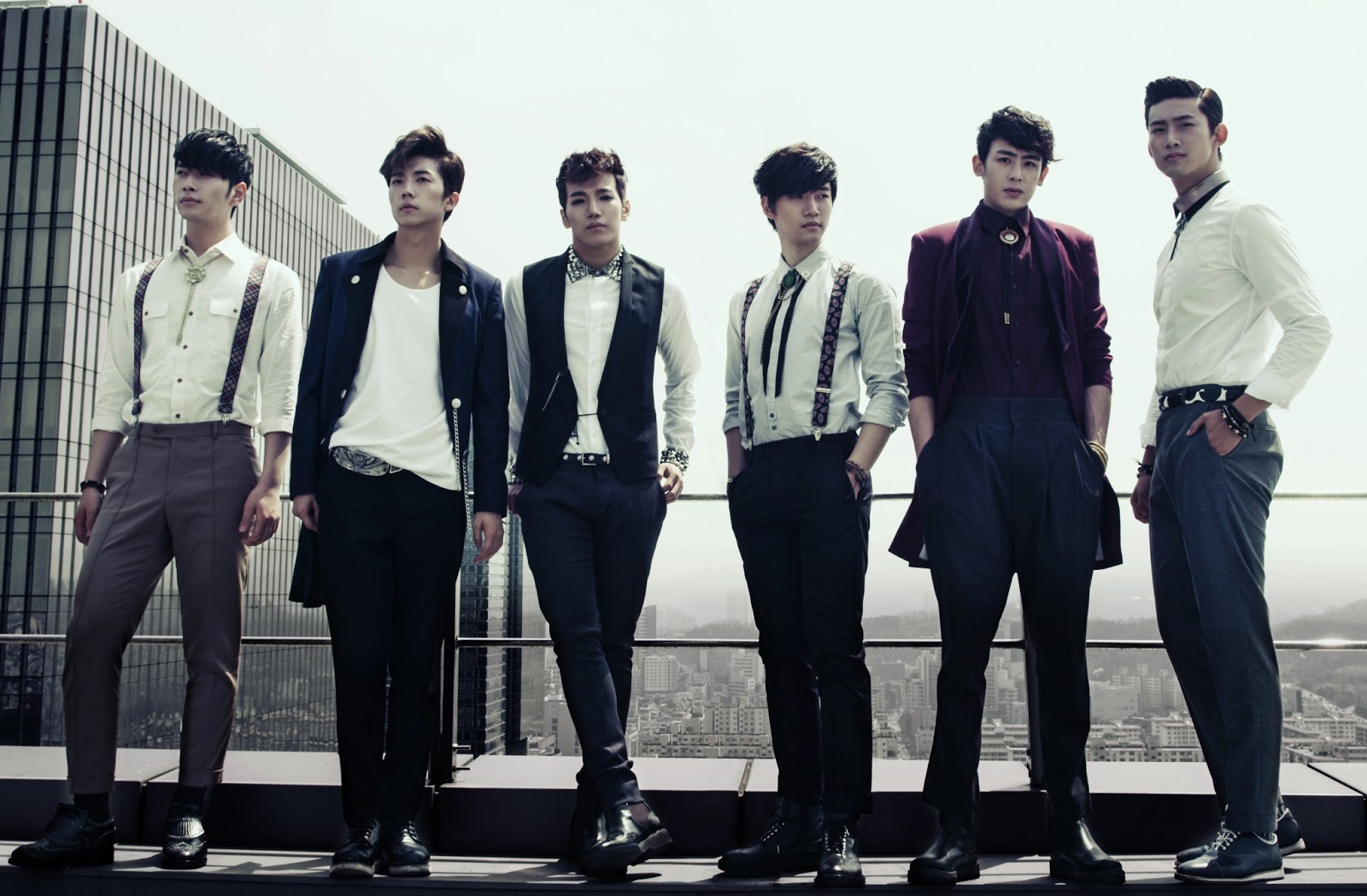 2PM, a six-member male group from JYP Entertainment, may be the model for K-pop’s beast-like masculinity, which primarily depends on appearance, but they also participate in the black male soul tradition, which uses vocal ability to inform a different kind of masculinity.

Scholars often focus on the appearance of K-pop idols, who are Korean entertainers who engage in extra-musical activities such as acting, hosting and endorsements in addition to musical performance. One mode of appearance reflects traditional modes of masculinity. In Korean Masculinities and Transcultural Consumption: Yonsama, Rain, Oldboy, K-pop Idols, Sun Jung argues that groups like 2PM exhibit a “beast-like masculinity,” with stage performances that “exemplify total wildness and manliness” (164).  Such performances also “demonstrate sexy and tough masculinity by often showing off their well-toned muscular bodies” (165).

However, members of 2PM are more than pretty faces and fit bodies. Like many K-pop idol groups, 2PM is heavily influenced by R&B. While the group has its share of uptempo tracks, it is are also known for ballads informed by R&B vocals. Tracks like “Good Man” from the No. 5 (2015) album draws heavily from quiet storm. The All Music Guide to Soul traces quiet storm back to Smokey Robinson‘s A Quiet Storm (1975) and Marvin Gaye‘s Let’s Get It On (1973). Key elements include “understated dynamics, relaxed tempos and rhythms, and romantic sentiment” as well as “an urbane sophistication and subdued soulfulness that marked quiet storm as unmistakably rooted in R&B (emphasis mine)” (xi). Mark Anthony Neal notes the radio format also emerged to promote quiet storm:  “A Howard University communications student appropriated Robinson’s title and introduced the Quiet Storm format to black radio programmers. The generally late-night format basically consisted of soul ballads interspersed with some jazz and possibly a little contemporary blues” (127).

It is these vocals that inform the more soulful offerings of K-pop beastly idol group 2PM like “Good Man.”  The track is a slow, soulful ballad that starts out with a gospel-esque organ and electric guitar accents. The track then introduces alternating male vocals that are complemented by the regular yet slow rhythm. In the buildup to the chorus, the song introduces percussion and horns into the previously sparse instrumentation. The chorus makes good use of alternating group vocals with the more soulful solo vocals of Junho and Jun.K. What gives “Good Man” a more sophisticated and urban feel is Taecyeon‘s understated rap in the middle of the track. The song slowly builds towards the end, featuring more melismatic vocals.

K-pop idols may be attractive, but they are also serious students of a wide variety of R&B genres. The choice to draw from quiet storm also results in drawing from a sexier mode of masculinity not defined by their bodies. In other words, one does not need to see 2PM in a music video to get the message of the song.  Male singers who fall into the quiet storm category exuded a masculinity defined, not by beastliness, but by soulful and sentimental ballads. This is the opposite of beastly masculinity, and yet is no less masculine. Moreover, it is directly derived from African American popular culture.

One Reply to “Not Just Pretty Faces: K-pop Idols and Quiet Storm Masculinity”