In addition to music videos, images that accompany promotions for music releases, photo shoots featured in magazines and endorsements for an array of products are seen, collected and exchanged by fans.  Not just important fan activity, such archiving in the lay sense is important to the preservation and memory-keeping of the visual narrative of K-pop.

In addition to the promotional function they perform, K-pop images also perform cultural work, constructing multifaceted representations of Korean identity.  Anne Anlin Cheng, professor of English and African American studies at Princeton University, sees “celebrity as a politics of recognition and glamour as a politics of personhood” (1023). This has special resonance for raced bodies:

Glamour’s imperviousness thus draws on a crisis of personhood that is inherently political and maybe even strangely liberating for a woman and a minority–liberating not in the simple sense of acquiring a compensatory or impenetrable beauty. . . but in the sense of temporary relief from the burdens of personhood and visibility.  It may seem counterintuitive or even dangerous to talk about the raced and sexualized body’s longing to be thinglike or to disappear into things, but it is the overcorporealized body that may find the most freedom in fantasies of corporeal dematerialization or, alternatively, of material self-extension (1032).

In other words, the highly stylized images that pepper K-pop represent a visual construction of Korean identities, visuals of how Koreans project themselves globally.  For ethnic people who have been constructed by others, such images are important because they do cultural work, deconstructing or altering images of Koreans and the ideas that accompany them.

I have started a new section in my digital humanities project, Hallyu Harmony, to document and curate images of K-pop groups and artists. In doing so, I hope to be able to make meaningful statements about the kinds of representations of Korean men and women that permeate K-pop, detecting patterns that become apparent when such images are collected together.

In the Visuals section of Hallyu Harmony, image galleries are organized into three broad categories:

Within these categories, images are further organized by concepts, magazine shoots and other promotional images. Concepts for music releases are placed in rough chronological order, allowing users to see how an artist or group’s image evolves over time.

The image gallery for Girls’ Generation, shows a greater variety of images than their reputation may suggest. A review of their concepts show that they are equally likely to promote a casual, chic or couture image. However, they are less likely to reflect a couture image in photo shoots for magazines. On the other hand, early observations of 2NE1’s image gallery (in progress) suggest that even though the group is known for its fierce reputation and image that many fans can relate to, the group reflect a chic image for many concepts. 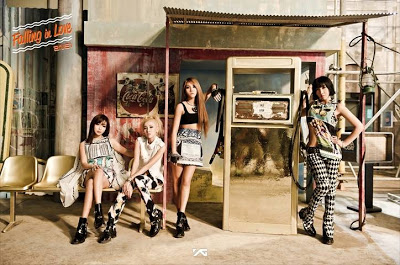 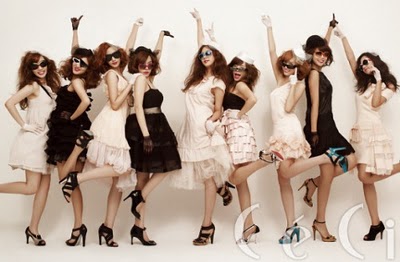 Documenting such images presents challenges.  Many images gathered from the Internet are divorced from their original context as they are shared by fans and K-pop media. As a result, tracing an image’s origins is not always possible.  In some cases, the availability  of images within their context is related to the commitment of Korean agencies to preserve the context of images.  For example, the H.O.T image gallery (in progress) features many images, but few that can be placed in their original context. SM Entertainment‘s sites do not provide information for images on its H.O.T site.  On the other hand, many of  the concept images in S.E.S.’s image gallery can be associated with their original context due to the continued access to the group’s SM site.  Other sites, like DSP Media (formerly DSP Entertainment) only includes current artists on its website, so locating images for Fin.K.L‘s image gallery (in progress) will be challenging. Images will have to be obtained from other sources.  Moreover, it is easier to document 2nd and 3rd generation K-pop groups and artists like SNSD, while first generation groups like H.O.T and S.E.S prove more challenging because the groups are not active. 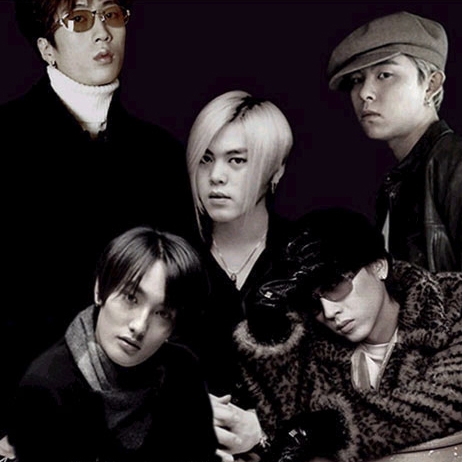 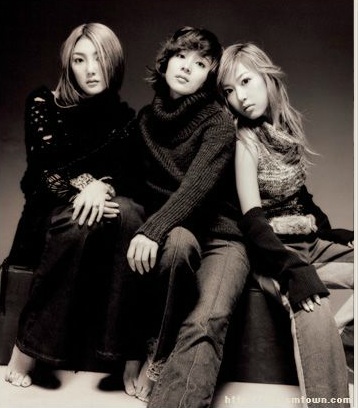 However, their fanbases are. Fan sites provide the bulk of the images documented, thus acting as valuable informal archives. As more image galleries are completed, I hope to write about the patterns that emerge from images from individuals and groups and compare them with other K-pop artists.