My work in transnational American studies contextualizes cultural production of the United States within a global context, recognizing how global cultures influence American literature and visual culture, and vice-versa. It also includes work in African American and Asian American, often in a comparative fashion. I have written on work by African American writers, including Ishmael Reed, Paul Beatty, Nella Larsen, W.E.B. Du Bois, George Schuyler and Octavia Butler as well as on work by Asian American writers, including Lawson Inada, Maxine Hong Kingston, and Frank Chin.

Given the interdisciplinary nature of American studies, I have also examined the photography of James Van Der Zee, the art of Jacob Lawrence and iona rozeal brown and films that range from indie films such as Ping Pong Playa to franchises such as The Matrix. 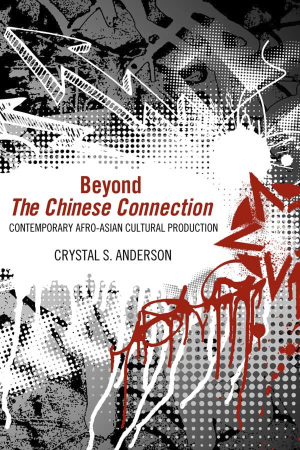 Beyond ‘The Chinese Connection”: Contemporary Afro-Asian Cultural Production interrogates cross-cultural dynamics within a transnational context.  As a result of such films as Enter the Dragon (1973), The Chinese Connection (1972) and The Big Boss (1971), Bruce Lee emerges as both a cross-cultural hero and global cultural icon who resonates with the experiences of African American, Asian American and Hong Kong youth, experiences impacted by the rise of a global economy in the 1970s. Drawing on theories of cosmopolitanism and hybridity, I argue that Lee’s films prefigure themes that reflect cross-cultural negotiations with global culture for post-1990 Afro-Asian cultural production.  Engaging in global culture in a variety of ways, such cultural production includes novels such as Frank Chin’s Gunga Din Highway (1999), Ishmael Reed’s Japanese By Spring (1992), and Paul Beatty’s White Boy Shuffle (1996); films such asRush Hour 2 (2001), Unleashed (2005), The Matrix trilogy (1999-2003) and the Japanese anime series, Samurai Champloo (2004). (University of Mississippi Press, 2013)

Get your copy!: Amazon | Barnes and Noble | University of Mississippi Press

Anderson, Crystal S. “Panthers and Dragons on the Page: The Afro-Asian Dynamic in The Black Aesthetic.”  The Black Urban Community:  From Dusk ‘Till Dawn. Ed. Gayle T. Tate and Lewis A. Randolph. New York: Palgrave MacMillan, 2006. 427-437.

“A Tale of Three Cities:  The Urban and Afro-Asian American Encounters in The Matrix Trilogy.” Paper presented at the Association of Asian American Studies, New York, NY, 2007.

“ ‘Because Some Things Never Change and Some Things Do’:  Afro-Asian Solidarity and Discord in The Matrix Trilogy.” Paper presented as part of the American Seminar—Hall Center for the Humanities, University of Kansas, November, 2006.

“Asians and Asian Americans in the Contemporary Black Imagination.” Paper presented at the Blacks and Asians: Encounters Through Time and Space International Conference, Boston University, 2002.

“The Afterlife Is Just a Lay Up Away”: The Resolution of Despair in Paul Beatty’s The White Boy Shuffle.  Paper presented at the American Literature Association Conference, Boston, MA, 2005.

“Imagined Coalitions:  Pan-Ethnic Movements in the Fiction of W.E.B. Du Bois and George Schuyler.”  Paper presented at the Race, Nation and Ethnicity in the Afro-Asian Century Conference, Boston University, 2004.

“Harmonious Heritages: Lawson Inada’s Response to the Call of Jazz in Legends from Camp.”  Paper presented at the MELUS: Urban Ethnicities Conference, University of Chicago, 2005.

“iROZEALb’s use of Japanese visual elements envisions a mode of transculturation involving African American and Japanese cultures with a variety of outcomes.iROZEALb’s blackface paintings use gender and Afro-Japanese dynamics to challenge blackface minstrelsy, and its cultural misappropriation, as the only way to read cross-cultural exchange.iROZEALb’s prints in the a3. . . black on both sides catalog uses elements of Japanese culture to extend agency for contemporary women and critique African American culture. Her non-blackface images in the collection use a subtle Japanese aesthetic to envision substantial Afro-Japanese exchange. In doing so,iROZEALb continues a tradition of cultural and intellectual exchange between American blacks and the Japanese that promotes a black transnational culture.”

“Happily Ever After:  Asian/America in Tsui Hark’s Once Upon A Time in China.” Paper presented at the Comparative Literature Symposium on America’s Asia, Asia’s America, Texas Tech University, Lubbock, 2007.

“What Are You Looking At?”:  Mirrors as Reflectors of Race in the Art of Roger Shimomura and iona rozeal brown.”  Paper presented at the Association of Asian American Studies Conference, Atlanta, GA, 2006.

“The Cost of Liberty is Less than the Price of Repression: The Historical and Cultural Context of Jacob Lawrence’s John Brown Series.”  Gallery talk at the Holt/Russell Gallery, Baker University, June, 2006.